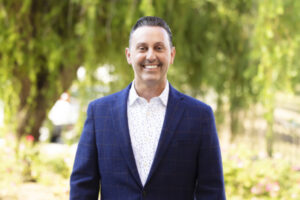 Daven became the senior pastor of FBC Pelham in March 2015. Before coming to Pelham, he served for nearly seven years as the senior pastor of the First Baptist Church Pleasant Grove in Pleasant Grove, Alabama and before then he served as senior pastor for eight years at First Baptist Church in Owenton, Kentucky. He received his undergraduate degree in history from Georgetown College in 1996. In December 1999 he received his Master of Divinity degree from Beeson Divinity School in Birmingham, Alabama and in May 2008 he received a Doctor of Ministry degree in Preaching from Gordon-Conwell Theological Seminary outside Boston, Massachusetts.  Daven and his beautiful wife Jane Ellen were married on July 6, 1996, and they are the proud parents of two children – Molly Grace and Nathan. Daven enjoys spending time with his family, exercising, and watching Kentucky Basketball! 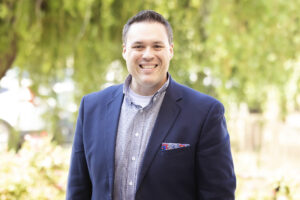 Brett joined the staff of First Baptist Pelham in the fall of 2017 after serving churches in Texas, Alabama, and Louisiana. He is originally from Marietta, Georgia, and is married to the beautiful Cathy Cockerell Fuller, who is a registered nurse working in the Neonatology ICU. Brett and Cathy have been blessed with three amazing kids, Kenadie, Zachary, & Hunter. Brett received his Bachelor’s degree in vocal performance & church music from Samford University in Birmingham, AL, and his Master’s degree in Music with a Concentration in Worship Ministry from Southwestern Baptist Theological Seminary in Fort Worth, TX. 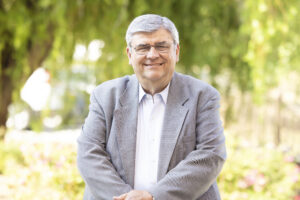 Dr. Randy G. Atkinson joined the staff Jan. 1, 2019 as part-time Senior Adult Pastor.  Most often he is called “Bro. Randy.” Bro. Randy began in the gospel ministry 50 years ago and has been a full time senior pastor for most of that time. Last year he moved from those full-time responsibilities to answer the call to serve here on a part-time basis. His wife of nearly 50 years is Sharron and they have one adult son. Bro. Randy graduated from Samford university and New Orleans Seminary.
Favorite Bible Verse: Philippians 4:13, “I can do all things through Christ who strengthens me.” 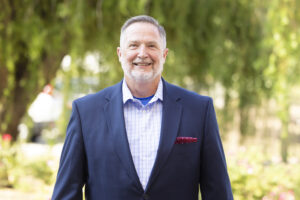 Donnie Sisk,  Associate Pastor, Recreation & Outreach     donniesisk@fbcpelham.org
Donnie is married to Patti and has two girls, Maegan and Mallory. He is an outdoor sports enthusiast and loves wilderness, backpacking, and climbing. Donnie served as a student pastor since 1981 and served four other churches before arriving at Pelham. Donnie has a Master’s degree in Ministry from Andersonville University.
Favorite Bible Verse: John 16:33 – “Jesus said, “These things I have spoken unto you that in me you might have peace, in the world, you will have tribulation, but have courage, I have overcome the world.’” 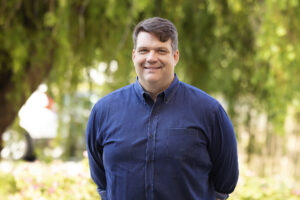 Jonathan Williams, Director of Preschool & Children Ministry   jwilliams@fbcpelham.org
Jonathan is Married to Lauri and has two daughters, Madison and Lillian. He is an avid sports enthusiast and loves mountain biking, basketball, and exercising.  He has been the Director of Children’s and Preschool Ministries at FBC Pelham since June 2006. He has a deep love for children and has a desire to see every child come to know Jesus Christ as their Lord and Savior. Jonathan has a heart for discipleship and desires to develop discipleship opportunities for all Christians throughout the world. Jonathan has a Bachelor’s degree in Accounting from the University of Alabama. 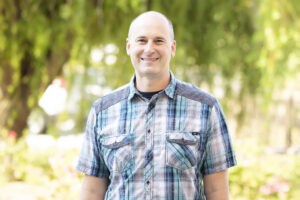 Matt Wright, Student & Missions Pastor    mwright@fbcpelham.org
Matt is married to Jessica and has three children, Connor, Mason, and Emily. Matt loves to have fun, laugh, and hang out with teenagers. He has been in Student Ministry since 2002 and has a Masters in Christian Education from Southwestern Baptist Theological Seminary. Matt has served at FBC Pelham since March 2014. He has a heart for teaching teenagers how to worship, serve, and share Christ.

Our support staff is really important to our ministers. If we were big enough to admit it, these individuals really run the place. They keep things running smoothly. We love you all!